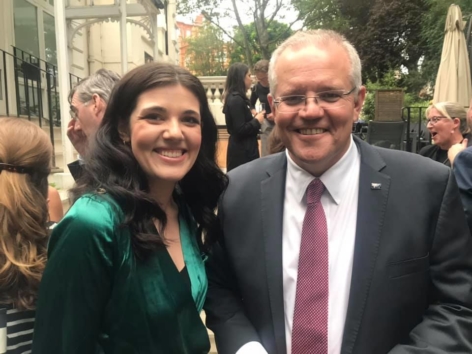 Chloe Westley graduated from Trinity in 2011. She moved to the UK in 2012 to study Philosophy at the University of London, and in her final year was offered a role advising a Conservative MP in Parliament. Before joining the TaxPayers’ Alliance in 2017, Chloe worked on several political campaigns, including the successful Vote Leave campaign, and helped to launch a cross party initiative to encourage politicians to implement the EU referendum result. Chloe has appeared on BBC programs such as Question Time, The Daily Politics, The Andrew Marr Show, Woman's Hour and Any Questions. She is also a regular paper reviewer for Sky News and TalkRadio, and has a fortnightly column published in Conservative Home. In her spare time, Chloe writes and directs comedy sketches for YouTube and social media. These videos have received over a million views, and have featured in The Sun online and Guido Fawkes.

We were fortunate to do a Q&A with Chloe via email recently and learn a little more about her journey post-school.

When did you attend and graduate from Trinity?

Please briefly describe what have you been up to since graduating from Trinity - how did you start your career and what has been your professional journey so far?

I moved to London a year after graduating from Trinity to study Philosophy at Heythrop College, University of London. Whilst at university I worked all sorts of jobs to pay the bills, including jobs in retail. In my final year of study I volunteered for an MP and was subsequently offered a position in his parliamentary office. I later had the opportunity to work on several political campaigns, advocating causes that I care about.

In my current role, I’m a media spokesperson for a British Think Tank, which involves managing our press operation and appearing regularly on TV and radio - often on programs with MPs and Ministers.

Tell us something about your family and your interests other than your studies. How do maintain your work-life balance?

I took my studies very seriously at both school and at university, but as I have grown older, I have learnt to appreciate life beyond academic and career success. Working hard and giving your best is important and rewarding, but I have found that when I don’t make time for friends and family, I'm less able to get things done and generally a grumpy person to be around.

London is an amazing city to live in. I love going to music festivals and concerts, but I am also quite content just spending the weekend in my neighbourhood in West London. I make time to go to church most Sundays and volunteer whenever I can.

What are some of your fondest memories of your time at Trinity?

My friends and my teachers. I made some really good friends that I still keep in touch with and we have a mini-reunion whenever I visit Australia. I also had really good teachers, who encouraged me, built up my confidence and listened without judgement if I was having a bad day. I owe a lot of my success to all the people who mentored and inspired me at Trinity.

What do you believe makes Trinity a great school?

What has been your greatest achievement?

Appearing on BBC Question Time (the British equivalent of Q & A) was a really big achievement for me career-wise.

How did your experiences at Trinity prepare you for life after school and for your planned future career?

You cannot always control what happens to you in the future once you leave school, but you can work on your character so that you are in the strongest position possible to face challenges when they come. Drama was an outlet that helped me develop a lot more confidence. I was not very sporty, and probably a bit left of centre (not many 15 year olds spend their spare time reading political columns and leafleting for MPs) so I did struggle with confidence a bit at school. I am not sure if Mrs Moore Carter is still teaching Drama at Trinity, but she was an important mentor to me. I remember hoping that I would one day be as confident, funny and kind as Mrs MC. I don’t think I would have ever had the confidence to go on TV or speak at conferences if I had not had her as a teacher.

Do you think Trinity produces global graduates that can compete internationally?

Yes! There are many of us who have gone on to travel and work globally.

What are your future aspirations?

All the usual things - to buy a house, start a family, host great BBQs. Seriously though, it has been really rewarding to play a small role in the battle of ideas here in the UK, especially at a time of such historical significance. What I have learnt during my time in politics, is that the real problem solvers are actually businesses, charities and social enterprises, so perhaps one day I’ll start one of my own.

What role can the Alumni play in the success and development of Trinity Lutheran College?

I think Alumni who keep in touch with the school have a lot to offer, especially when it comes to offering advice and creating opportunities for current students.

Advice to students who aspire to succeed?

Always say ‘yes’ to opportunities if you can. If there is an opportunity to meet new people, take it. The more people you meet, the wider your network of opportunities. Try everything and don’t be afraid to fail. The more you fail the more you know and understand what your strengths and weaknesses are.

Don’t let other people’s opinion of you become your reality. You cannot make decisions based on fear of what others might say about you. High School can be a tough place if you are a little different, but the thing that makes you ‘weird’ or ‘different’ often turns out to be the thing that sets you apart in your career and makes you successful.

What message would you like to give to the present Trinity students as well as the Alumni?

Be kind to everyone you meet. I want to be able to look back on my life and know I made a positive impact on the people who were part of it. 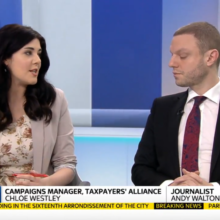 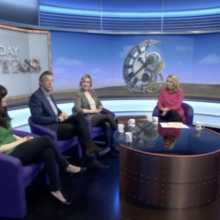 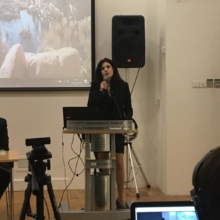 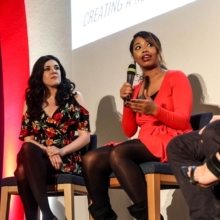 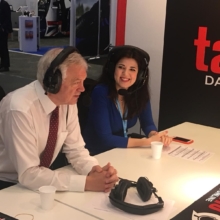 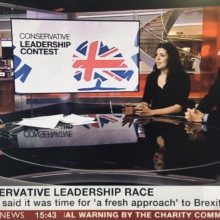 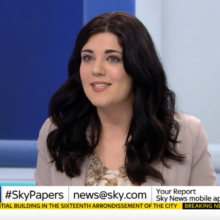