Trinity Lutheran College is proud to have played a role in the lives of many remarkable men and women who have gone on, with confidence, courage and character, to contribute to a better world. They have made a positive impact in all walks of life – innovative architects, committed doctors, dedicated parents, passionate teachers, exceptional engineers, incredible artists, brilliant businessmen and businesswomen, and amazing athletes. Our Alumni community provides these remarkable men and women with a collective support group that extends to all corners of the globe.

Graduating from Trinity. Just the first of your many wonderful future achievements. Read about how Trinity Lutheran College alumni are pursuing rewarding careers, redefining their fields, and living their dreams.

Jasmine's dress hire business, Dressed by Jaz, (which she started whilst doing a double degree in Law & Business) was this year named the #1 Hire boutique in Queensland in under 12 months of operation!

Jasmine graduated from Trinity in 2017 and in 2018 she began studying a Bachelor of Laws and Entrepreneurship at Griffith University, Gold Coast. She simultaneously started hiring out designer items she already owned whilst doing her degree as a way to earn extra money. She quickly realised there is a very large market for this type of business and saw an opportunity to expand. Robert McLeish, a Trinity parent to one of her closest Trinity friends, helped her develop a professional website and she now has clients Australia wide who are able to book and hire outfits in advance through her booking system. Her business continues to grow from strength to strength so if you need an outfit for any event, be it a school formal, a ball, the races, a birthday party or just a spontaneous girls’ night out be sure to visit https://dressedbyjaz.com/

Ellie Whittaker is an inspiring Trinity alumnus who has successfully created her own unique and compelling brand, and effectively developed and grown her own textile design business. Ellie is a textiles designer whose work is highly sought after amongst the indie-children’s clothing market. She designs fabrics and collections for labels such as Alfie’s Children’s Apparel, Minoche, Kapow Kids, Goosebumps Boutique Bedding and Kippins along with Cotton On Kids and Target Australia. Her exquisite Ellie Whittaker Fabric Designs range was acquired by Spotlight Stores nationwide and went on sale in October 2018.

Ellie graduated from QCA in 2009 and shortly after gave birth to her eldest son. She then discovered the world of the WAHM (Work At Home Mum!) and began to see the need for unique Australian fabrics among the WAHM craft community. She grew up in a very crafty environment and was always strong in illustration, so when she discovered a site that would print her designs on-demand she developed a burning desire to figure out how to design fabric. She taught herself, through many, many hours of online learning and practice and then connected with these fellow ‘Mumpreneurs’, offering her designs and working together to create custom designs for their businesses. Her business has grown immensely from its humble beginnings and she now creates artwork for fabrics that are licensed and commissioned by companies like Cotton On Kids, Target and Spotlight.

Dr Rhys Thomas is currently working as a doctor at the Royal Brisbane and Women's Hospital, he is also an Associate Lecturer at UQ and simultaneously completing his training in psychiatry.

Rhys completed a Bachelor of Science, Bachelor of Medicine/Bachelor of Surgery (BSc/MBBS) at the University of Queensland in 2014. He was elected President of University of Queensland Medical Society in his final year giving him the opportunity to get involved in advocacy. He started his training in Emergency Medicine and also worked in three rural communities - Mitchell, Kingaroy and Roma. He even got to work with the Flying Doctor Service, who provide specialist support to rural towns in Queensland, during his time in Roma. He has begun training as a psychiatrist and currently works in a service that specialises in adolescent mental health. He has additional interests in addictions medicine and medical education and training that he would like to pursue in the future.

John is a technology entrepreneur and an Honorary Professor at the University of Technology Sydney. He is a highly creative Greek-Australian computer scientist with an entrepreneurial drive. His career contributions range from research through to strategic business development, leading the commercialization of emerging technologies in Asia-Pacific, Europe and North America.

He created his first artificial intelligence chat robot when he was only 14 years old as a student in his Year 9 computer studies assignment whilst at Trinity. After his school and university years, he went on to establish a fresh vision for interactive, humanized computing that resulted in world-leading innovation. He co-founded AI company Cognea in 2005 and it went on to became recognised as a world leader in delivering virtual human solutions, before being acquired by IBM in 2014 in New York. At IBM he was a Program Director for Virtual Agent technologies until 2019. Holding a PhD in Artificial Intelligence, he has published his work internationally including holding multiple patents. These days, John continues to work on entrepreneurial high-end innovation projects from back home on the Gold Coast, Australia. 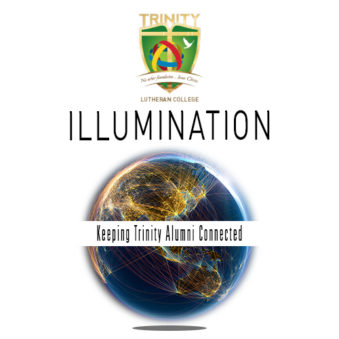 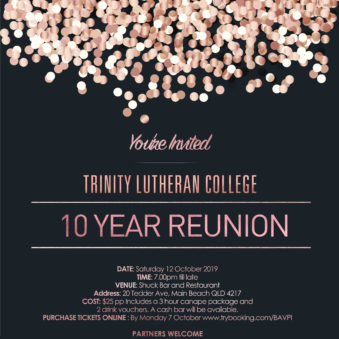 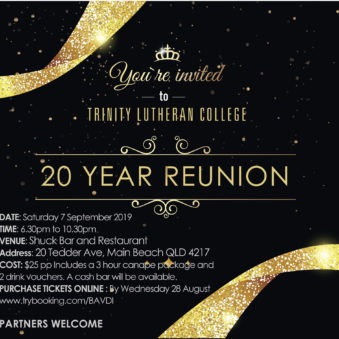